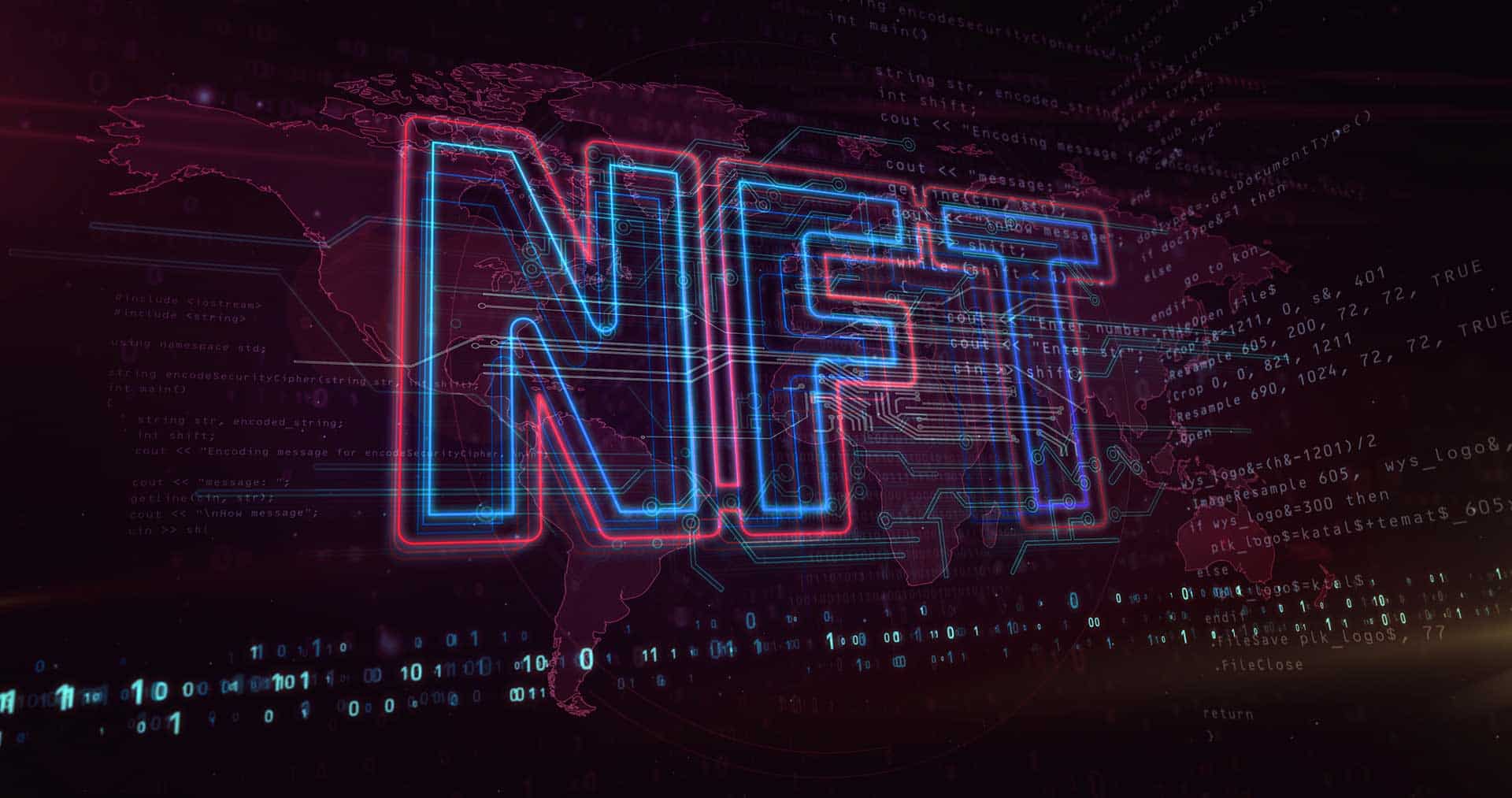 NFTs in the Music Industry – What are they and how do you make one?

The music industry has long been an early adopter of emerging technology, simply because it’s such a high-value industry.

In this article we’ll explain in detail what NFTs are, how they relate to the music industry, and how you can get involved by making your own.

NFTs are a type of cryptocurrency. That’s a term you probably know in relation to things like Bitcoin and Ethereum. But cryptocurrencies don’t need to be money – that’s the beauty of how they work.

A cryptocurrency is any digital asset that holds some kind of value. It offers an incredibly safe and secure way to process transactions or store valuables using blockchain technology.

Blockchain is one of those things that many of us know but few people understand. Simply put, a blockchain is a chain (unsurprisingly) of “blocks”, which are stores of information across a network of computers.

This information is stored in a ledger, which is separated across all computers (or nodes) on the network. With each transaction, a new block is added to the chain, and the more blocks there are the more secure things become.

Each block has a timestamp and a hash code, both of which make it incredibly secure. This information is stored on each node in the chain, meaning it’s essentially impossible to tamper with because no one can access all copies of the information.

For more details on this highly complex subject, check out this video.

The major difference between cryptocurrencies and normal currencies (such as the US dollar) is that the former doesn’t use a middleman. With “real” money, the bank is the middleman that controls and stores your money. With cryptocurrency, there’s nothing between you and your digital currency.

But back to NFTs – what are they? Well, a fungible token is something interchangeable with items of equal value. For example, the US dollar is fungible because you could exchange a $20 bill for four 5s, or exchange it for another country’s currency (such as the British pound or Mexican peso).

Similarly, Bitcoin and Ethereum are fungible because they hold equal monetary value. At the time of writing, a single Bitcoin is equal to over $56,000! While it holds massive value, it’s still an equal exchange.

A non-fungible token, therefore, is something that can’t be easily exchanged with something else. That doesn’t mean you can’t pay for an NFT, but rather that it’s unique or not easily replaceable.

A real-world example would be something like a work of art, such as Jan van Eyck’s The Arnolfini Portrait or Damien Hirst’s The Physical Impossibility of Death in the Mind of Someone Living. These are unique items that hold lots of monetary value but can’t be replaced or replicated in their true form.

What Does This Have to Do with Music?

Music, and its related media, would count as NFTs in the crypto space: they consist of unique pieces of art or music or are more “tangible” as concert tickets or experiences.

But how is this not the same as releasing an album? Simply put, the content sold as NFTs is unique and differs from commercial album releases. For example, Mike Shinoda of Linkin Park sold a teaser track for $30,000 as an NFT. It was unreleased music that might never see the light of day commercially.

Similarly, Kings of Leon released an album as an NFT. The bundle contained a digital download, physical limited-edition vinyl, and a chance to win golden tickets. If won, these tickets entitle the holder to 4 front-row seats at any Kings of Leon concert of their choosing. They can be deposited into the winner’s digital wallet securely using blockchain technology.

The band also produced unique digital art for the project, which is one of the most valuable NFTs in music. Prices ranged from $95 to $2,500 before fan-to-fan trading began.

Grimes pulled a similar stunt earlier this year. She released WarNymph Collection Vol 1 as an NFT, which contained art and accompanying tracks. There were 10 pieces in the collection (each was unique). These sold out in 20 minutes and netted her $6 million.

As you can see, NFTs already hold a lot of value in the music industry. In fact, sales grew 150 times in volume over the last 6 months and raked in $22 million in February 2021 alone. Much of this is likely the hype of an emerging tech, but it shows the power that unique content holds over fans.

How Do You Sell NFTs?

NFTs are sold on a crypto-marketplace, often in the form of an auction. For example, Kings of Leon partnered with YellowHeart, an NFT marketplace. On these platforms, you can usually only use cryptocurrencies like Bitcoin and Ethereum, but you can buy them for “real” money elsewhere.

Why Would Fans Want NFTs?

The appeal of NFTs is the same as any other collector’s item: it offers fans the chance to own a limited-run piece of a musician’s catalog. For example, many fans jump at the chance to own limited edition vinyl, which can sell for a lot of money.

The logic behind NFTs is the same. It’s less their specific value as a piece of property, but more their rarity. They also make good investments, providing they appreciate in value, of course.

The Pros of NFTs for Musicians

There are plenty of reasons why NFTs make a solid choice for musicians. Importantly, the industry is increasingly digitized, so it makes sense to further increase this market trend.

But here are the more specific benefits for musicians.

Musicians have a lot of people working on their behalf: promoters, marketers, recording labels. All of these need to get paid, which often leaves artists with a small portion of the original revenue. The same is true for streaming platforms, which are consistently under fire for underpaying artists.

When you sell an NFT at auction, that money is yours. Not only is there more money going directly to the artist, but as shown in the examples above, they can net even more money in the first place.

The benefit of blockchain technology is its security. This translates well into ticket sales, which are impacted by resellers, fraud, and a host of other issues. Tickets sold as NFTs are literally untransferrable; they’re stamped with the buyer’s information, making them impossible to sell on.

One of the earliest forms of blockchain technology was secure digital contracts. This can be applied to ownership of music and its associated media. Not only would property rights be assigned quicker and more securely, but they would be impossible to override or transfer because of how blockchain works.

The Cons of NFTs for Musicians

The only real downside of NFTs for musicians is their use by emerging artists. As you can see by the examples, these are all well-established musicians with large followings. Therefore, it stands to reason that the NFT industry is based on hype, something that not many emerging artists have at their disposal.

Another potential issue is limiting availability. While at a physical concert, ticket sales are limited for safety; this isn’t the case with livestreams. Creating demand when there doesn’t need to be any can potentially alienate a section of your fan base. This, in turn, can create issues in the future regarding album sales and so on.

How to Create Your Own NFTs

Creating an NFT is known as minting: you mint a token that’s sold as an NFT. It can be music, digital art, or a combination of several things. What you decide to sell is up to you, but the process remains the same.

First, you need to choose a platform and a digital wallet. Two major platforms in this market are Mintbase and Rarible. Both platforms offer a guided walkthrough, but Rarible is slightly easier to use if you don’t have much knowledge of blockchain and cryptocurrency.

As for a digital wallet, MetaMask offers an easy platform that integrates with Google Chrome. You’ll need enough cryptocurrency to cover “gas fees”, which will be about $150US in Ethereum. You can buy the relevant tokens in your digital wallet.

After you’ve uploaded your content into the NFT, set a price (or left it priceless), and paid, you’re ready to start selling.

That part is up to you, though. You’ll need to market your NFT online to get sales, and this can be the tricky part. As mentioned, it relies on hype, so you’ll need an audience willing to buy from you.

NFTs are shaping up to be the next big thing in the music industry. While their sales have soared in the last few months, it remains to be seen whether this trend will continue in the future.

Even so, if you think you have a suitable fan base, why not take advantage of the trend while it lasts and mint yourself some NFTs?

Ready to grow your business?

Do not sell my info